Join la mèche
To the root

The larch tree from which the souls soar 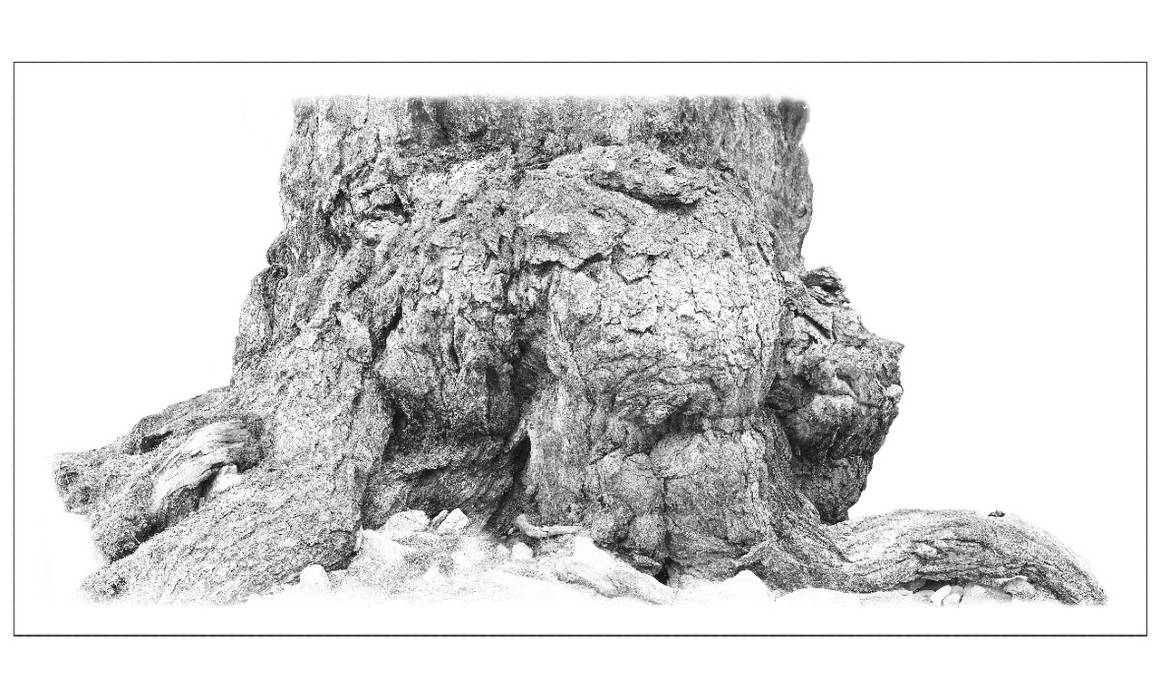 The larch is first and foremost a nostalgia, that of the time when petrol had to be earned. You had to climb. On foot. Up to 2000 metres, but as a child, that meant up to the sky. We were carried along by the walk, caught up in the ascent of our being and our senses, guided by the desire to find those trees whose resin smelled so good and looked like apricot jam. We tasted, but taste always disappoints the sense of smell, that of the larches like that of the bread, warmer, rounder, softer when you smell it than when you put it in your mouth. Then we would spread resin on our brother, who would in turn coat us with resin, and place us on the ground among the crackling but soft needles, and we would find ourselves half child and half tree, thorns stuck to our arms and faces. And we would hide from our parents, behind the reddish trunks, or on the ground, which had become soft like a trampoline, since the larches produce a soft humus, as well as being deliciously fragrant.

It was necessary to grow up, while the larches became more democratic, arriving in the plains or in the low mountain regions. We had to abandon our sense of smell for a nobler, more adult, less animal sense: sight. Happiness also lies in contemplation. In Derborence, for example, when at the end of the summer we witness the metamorphosis from green to golden and then to orange of this coniferous tree which, unlike the others, frees itself of its needles each winter to produce them again in spring. Like the deciduous trees, the larch follows the cycles of the seasons, king of adaptation as much as of elevation. An elevation that begins at the root. You don't fly away without first anchoring yourself, or you lose your bearings. Not the larches. As a vegetal bulwark against avalanches, rockfalls and erosion, they are one of the main species of mountain protection forests. Firmly anchored by powerful roots, they fix the forest floor, which effectively absorbs water from rain and snowmelt. Climbing the highest mountains, they seek the light, uniting heaven, earth and the land of the dead. It is the cosmogonic tree for many civilisations, and one of the most sacred of mythology in Eastern Siberia, where it serves as a ladder to visit the divine powers.

Among the many legends linked to larches, here is one from Austria. In the ruins of Kienburg Castle, the spirit of a woman wandered around without resting. A passer-by heard her singing sadly. He asked her what was the source of her despair. She answered that she was condemned to wander forever to atone for her sins. To the passer-by who offered her help, she explained that she would have to wait until the larch tree growing in the courtyard became big enough to dig a cradle for an unborn child. A few years later, the man returned, cut down the tree, built a cradle and laid his newborn child in it. The woman's sad melody became a joyful song, and a streak of light became a shooting star in the evening sky. From then on, no one heard the Kienburg lady cry again.

But the view, we said, and our intuitions which are perhaps only forgotten knowledge: in Combloux, a second resident had larch trees planted to hide the view of the cemetery of the small high Savoyard village. Today, she allows tourists to admire this small wood made up of about fifty species, and the dead to reach the afterlife thanks to these soul stairs.

Each month, we introduce you to an essence. Its legends, its properties, and the relationship it has had with civilisations over time. The destiny of humans has always been linked to the environment in which they were born, which allowed them to survive and prosper. At the Root is a story to be read against a tree and never forgotten. And as it is a story for children and children like pictures, the writer Mélanie Chappuis has surrounded herself with the photographer Cedric Bregnard to illustrate her lines, who has been looking at nature, its cycles and its metamorphoses, with wonder for many years.

Previous
Environment: will hope come from the young?
Next
The second-hand market is attractive all over the world

La Mèche 's mission is to support people and organisations in their transition to a more responsible lifestyle and business practices, through a digital magazine, a social network and a consulting agency.